You can update from 1.10, or download the whole pack.

You will find 2 new campaigns (one having two slightly different versions of it) in it, with little modifications in the aircrafts' available loadout... as always if you played my Lorik's Balkans theater mod

Here's the readme, then a link to download. Enjoy and keep feeding me back please, I'm starving about what's going right and what's going wrong! =)

Welcome to this Campaigns Mod.
It is installed as an independant theater in your Falcon BMS folder.
It also is independant from Lorik's Korea 1.00 versions so people can keep it as long as they need.
Campaigns from 1.00 SHOULD NOT be compatible with 1.10 or 1.11. Check the change log.

The modified campaigns are detailed in the pdf files in your add-on folder. They are:

Number 1 : "Operation Yin Yang"
While pressing heavily on Seoul, DPRK leaves its Eastern region vulnerable to Combined Forces. Resist and strike back on the East.
Campaign ends: Day 5 0000 or earlier

Read Operation Yin Yang.pdf in the same folder for many more details! Or click that link to read it straight from here.

Read Operation Poseidon.pdf in the same folder for many more details! Or click that link to read it straight from here.

Two WeatherMapsUpdates folders are provided with the theater.

Dynamic campaigns for BMS are an incredible tool on many aspects. And many people have been using it to create incredibly entertaining campaigns throughout Falcon 4, then BMS' life.
Something is regularly mentioned though: past the first few days, not to say the first 24 hours, most campaigns seem to loose their main interest and flavour to many people I speak with.
I've been trying to think of campaigns like playgrounds in the first place, and used them to experiment with Mission Commander and the BMS Editor - and the whole deal of things that come with campaign creation.
This is how I finally designed my first Balkans Campaigns Mod and its three very different campaigns, all trying to be short.
Then I wanted to try the same in Korea.
Operation Yin Yang strongly inherits from that, with its two different areas, its weapons limitations, forcing you to think more in term of squadron strategy rather than just "What are we loading today? Not that one, it's just too easy with it".
I wanted to narrow choices to tactical and strategic ones, while remaining in an entertaining environment.
The very idea of a campaign resembling a story, with different episodes, then came to my mind. This is why and how Operation Poseidon was designed. A simple look in the pdf explains it all. I'll probably try to dig into that kind of things more and more.
These campaigns leave a very good part to Nap-Of-the-Earth approaches - not because you really have a choice, but because that's how you will reach your objective.
Enjoy them!

I've always been frustrated with IR SAM when flying at few hundred feet from the ground at mach 0.85. The guys down there shouldn't have time to do that job so quickly and score so many and easy hits on you.
I changed the models for SA-7, 9, 13, 14 and H5NA, whether a guy or a vehicle fires them (same model). You can now reasonably plan a NOE strike with AIR bombs on a target without fearing ManPADS already pointed in your direction while you are ingressing at hell's speed near the ground. But don't mess with them if you start gaining altitude.......
In consequence, the missile flight model is altered. Let's face it, we don't see the missile in flight anyway... and I didn't find a way to increase the preparation time before launch. That's the best workaround I found.

If you want to know how it feels, place a SCUD battalion in a TE and overfly it. The BMP-CMD will attempt to shoot SA-14 at you. Feel the difference.

- Poseidon
"Poseidon Hard" was changed to "Poseidon: Trident".
"Poseidon Normal" was changed to "Poseidon: Creel". The Vinson is near the west coast, and DPRK will have an operational Kuznetsov at some point on the same side. More F15 shall arrive in Fukuoka. Campaign goals are the same as former "Poseidon Hard".
Check the Set by HQ option for each squadron. Vinson's squadrons are set on manual.

- Yin-Yang
CVN71 Roosevelt changed for the CVN65 Enterprise for WDP compatibility.
Tanker squadron added off map on the east, same latitude as CVN65 Enterprise.
Check the Set by HQ option for each squadron. Vinson's squadrons are set on manual.


The link to download the whole Lorik's Korea 1.11 pack: 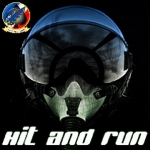