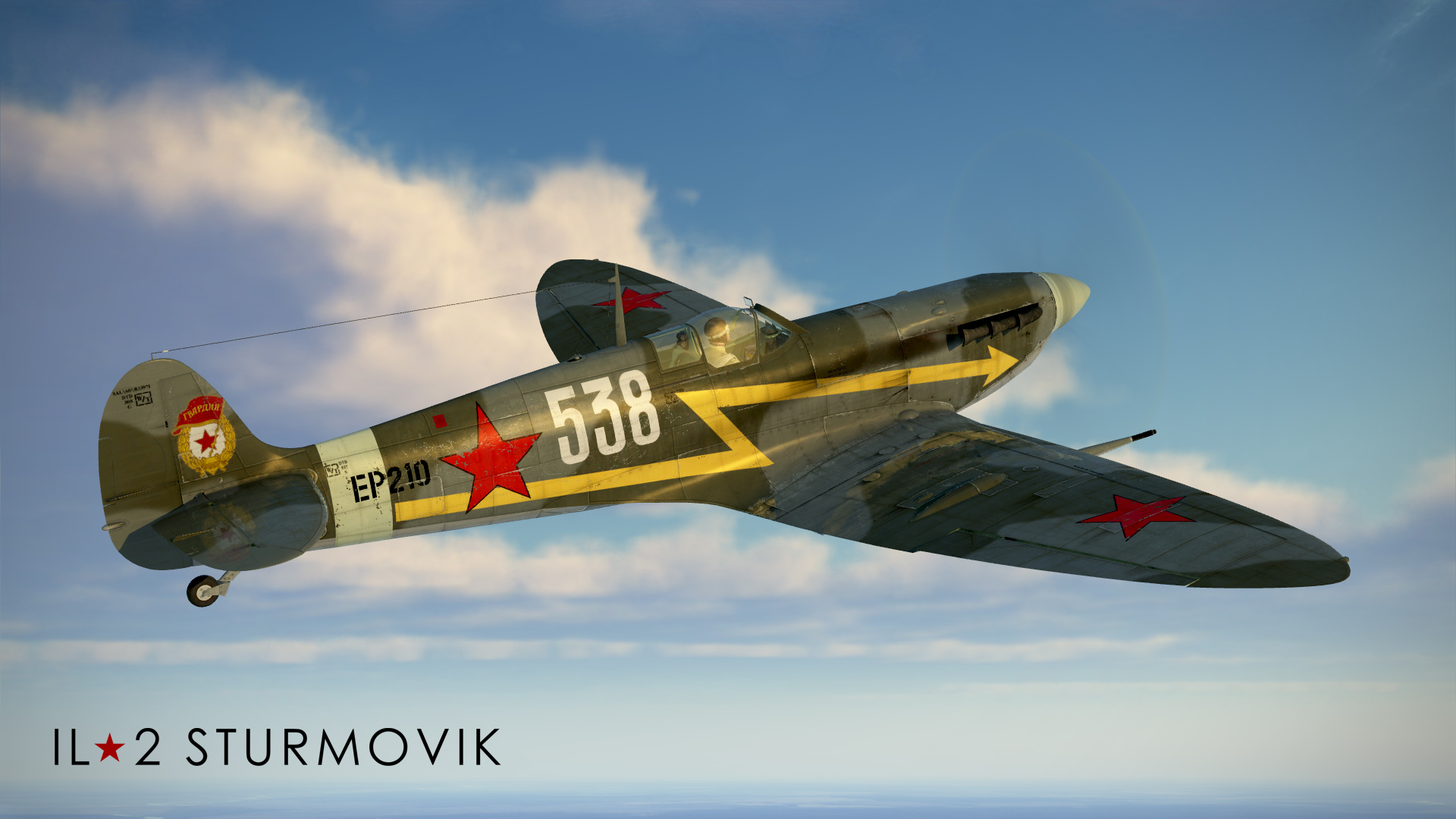 1. Supermarine Spitfire Mk.VB Collector Plane is added to the project and all Battle of Kuban owners can fly it now;
2. The new historical campaign Blazing Steppe is added to the game (you need to also own Yak-1 series 69 from Battle of Stalingrad to play it);
3. 3D Vision support is added thanks to the earlier Open VR API implementation;
4. Cockpit instruments were made more contrast on all planes for easier readability both in VR and on regular screens;
5. Forest drawing distance is increased by 1.5 times on Ultra graphics preset. The performance hit this causes is negligible on high-end video cards this preset is intended for;
6. The new graphical effect is shown when an aircraft impacts a water body and explodes;
7. The new graphics setting 'Grass quality' has been added with three possible choices: Normal, Distant and Ultra;
8. Forests drawing is optimized even more, improving performance at medium altitudes significantly;
9. LOD levels for many static objects were corrected, this should eliminate or reduce 'popping' issues;
10. The vertical line on AMD cards in the main menu is gone (it was caused by the undocumented AMD/Nvidia shader incompatibility);
11. Battle of Moscow airfields were reworked to reduce their performance hit, make judging the distance to the ground easier and improve their overall visual image. Please note that on middle-end video cards performance may degrade over any airfield if you increase the grass option setting;
12. New hotkeys were added for quick switching between the aircraft stations (RShift+0,1,2,3,4,5,6,7,8,9 where 0 means the pilot and other numbers mean different gunner positions);
13. Aircraft ammo detonation probability was reduced;
14. LaGG-3 rudder oversensitivity is reduced;
15. IL-2 mod. 1943 startup procedure messages are shown correctly;
16. There is new option TacviewRecord=true/false in .sds DServer config files that can be used to prevent possible cheating on a server;
17. New parameter tacviewrecord = 0/1 is added to startup.cfg that turns TacView export on and off (off by default).

Operation features:
- Engine is equipped with the automatic governor of the manifold pressure that works when the throttle is set to 1/3 position or above. It is neccessary to turn the automatic governor off to set the boost value to +16.
- Engine has a single stage mechanical supercharger which does not require manual control.
- Engine is equipped with an automatic fuel mixture control which maintains optimal mixture if mixture lever is set to the forward position. To use automatic mixture leaning to reduce fuel consumption during flight move the mixture lever to backward position.
- Engine RPM has an automatic governor that controls the propeller pitch to maintain the required RPM.
- The water radiator is operated manually, while the oil radiator is unadjustable.
- Aircraft has a neutral static stability. The elevator effectiveness is high, so the aircraft should be controlled carefully, not giving too much flight stick input.
- Aircraft becomes unstable with extended landing flaps.
- Aircraft is equipped with elevator and rudder trimmers.
- Landing flaps have a pneumatic actuator so they can be extended to maximum position only. Speed with extended landing flaps is limited to 150 mph.
- Airplane tail wheel rotates freely and does not have a lock. Since the landing gear wheels are relatively close to each other, it is necessary to confidently and accurately operate the rudder pedals during the takeoff and landing.
- Airplane has differential pneumatic wheel brakes with shared control lever. This means that if the brake lever is held and the rudder pedal the opposite wheel brake is gradually released causing the plane to swing to one side or the other.
- Airplane is equipped with a siren that warns a pilot if the throttle is set to low position with landing gear retracted.
- It is impossible to open or close the canopy at high speed due to strong airflow. The canopy has an emergency release system for bailouts.
- Airplane is equipped with upper and bottom formation lights which can be turned on simultaneously or independently.
- The gunsight is adjustable: both the target distance and target base can be set.
- The gunsight has a sliding sun-filter.
"Il faut préférer la modestie de ceux qui s'associent pour combattre au triomphe passager de celui qui s'isole." Cdt De Rose CCG: https://escadrilleccg.forumactif.com/
Haut