Too big to fail… indeed
Haut

Too big to fail… indeed

Article Defense News, avec le titre : The inside story of two supersonic flights that changed how America operates the F-35


Last June, Defense News revealed that the Pentagon had instituted time limits on the number of seconds the F-35B short-takeoff-and-landing variant and the F-35C carrier variant could spend at supersonic speeds.
Those limits were imposed after two separate tests in 2011 where the "B" model incurred “bubbling [and] blistering” of its stealth coating and the "C" model suffered “thermal damage” to the tailboom and horizontal tail, according to documents exclusively obtained by Defense News.
But those limitations must be placed in context, said Billie Flynn, the Lockheed Martin test pilot who flew both of those missions during F-35 developmental testing at Naval Air Station Patuxent River in Maryland.
According to the documents, both incidents took place during flutter tests where the B and C models were flying at speeds of 1.3 Mach and 1.4 Mach. However, that damage didn’t occur in a vacuum, Flynn said. It materialized after F-35B and F-35C test articles flew repeated supersonic runs that pushed to the plane’s maximum of 1.6 Mach, making it the result of cumulative pressures on the aircraft.
“I was flying out at 700 knots in the C model up and down the East Coast of the state of Maryland and Delaware — that’s where we fly at Pax River — and then out over the ocean, firing missiles at almost 1.6 Mach as we cleared out the weapons for the airplane. That’s extreme speed, and that’s repeated flights in those environments,” said Flynn, who has flown more than 800 hours in all three F-35 variants.
“Make a run at 700 knots, make another run at 700 knots, go to an aerial refueling tanker, get fuel for myself … and then race out again and again and again. Repeat this cycle for four- and five-hour missions,” he added.
Similarly, the flights for the B model involved aggressive maneuvering at the edge of the aircraft’s flight envelope for hours at a time.
“Nobody is going to do [that] tactically,” he said. “There’s not a combat scenario where that is going to happen.”
Although Flynn, like all fighter pilots, ended missions by walking around the aircraft and inspecting the jet for damage, he doesn’t remember seeing the blistered stealth coating or thermal damage noted in the Pentagon’s deficiency report.
(…)
the documents obtained by Defense News stated that F-35C supersonic intercept missions may be impossible. Simulator testing showed that restricting supersonic flight at full afterburner to a maximum of 50 seconds could prevent the C model from reaching the 1.44 Mach endpoint for weapon launches, according to the F-35 integrated test team at Patuxent River.
To cut down the risk of damage to the jet, the Pentagon imposed time limits on how long F-35B and F-35C pilots can spend at supersonic speeds in full afterburner. An F-35C can only fly at Mach 1.3 in afterburner for 50 cumulative seconds, meaning that a pilot cannot clock 50 seconds at that speed, slow down for a couple seconds and then speed back up. The F-35B can fly for 80 cumulative seconds at Mach 1.2 or for 40 seconds at Mach 1.3 without risking damage.
The time requirements reset after the pilot operates at military power — an engine power setting that allows for less speed and thrust than afterburner — for a duration of three minutes.
By abiding by those time restrictions, the U.S. military ensures the F-35 lasts the entirety of its planned service life and that the fleet isn’t overly taxed during normal training and operations, Flynn said.
But in wartime, Flynn said, pilots will do whatever is needed “to survive and to be effective” — even if that means disregarding time restrictions and pushing the plane to its maximum performance.
Supersonic flight is not a major feature baked into F-35 tactics, the capability would likely only be used in cases when it is absolutely necessary to intercept another aircraft or in emergency situations, said Bryan Clark, an analyst with the Hudson Institute and a retired naval officer.
“It’s capable of it,” he told Defense News in April, “but when you talk to F-35 pilots, they’ll say they’d fly supersonic in such limited times and cases that — while having the ability is nice because you never know when you are going to need to run away from something very fast — it’s just not a main feature for their tactics.”
In fact, flying at supersonic speeds could minimize one of its greatest features — stealth — particularly if the jet were to do it for a long time, Clark said.
“It takes you out of stealthiness, it burns gas like crazy, so you lose the range benefits of a single engine and larger fuel tank. When you go into afterburner, you are heating up the outside of your aircraft,” he explained.
The stealthy F-35 is supposed to be able to penetrate into contested areas and destroy foes without detection, but naval aviation has little experience with low-observable aircraft and has a historical distrust of relying on long-range kills. When told about the deficiencies last year, one retired naval aviator expressed concern about the ability of F-35 pilots to move safely out of a contested area.
“The solution is: ‘Hey, we’ll just limit the afterburner to less than a minute at a time,’ ” the naval aviator told Defense News. “Which, with what the aircraft is supposed to do and be capable of, that’s a pretty significant limitation.”
But fifth-generation jets like the F-35 shouldn’t be playing by fourth-generation rules, said Flynn. In other words, the F-35 doesn’t have to rely on supersonic speed to penetrate a contested area the way most legacy jets do.
“Let’s get away from the legacy mindset. We’re an aircraft that operates with impunity. We’re an aircraft that is [a low-observable] platform that operates different than every legacy platform," he said.
“The notion that you have to stay away from someone, or you have to run someone down [because] they see you, is the wrong context for a fifth-generation fighter but is entirely the issue for a legacy [F-14] Tomcat, [F/A-18] Hornet, [F-16] Viper, [Eurofighter] Typhoon.” 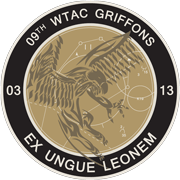 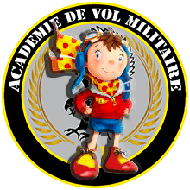