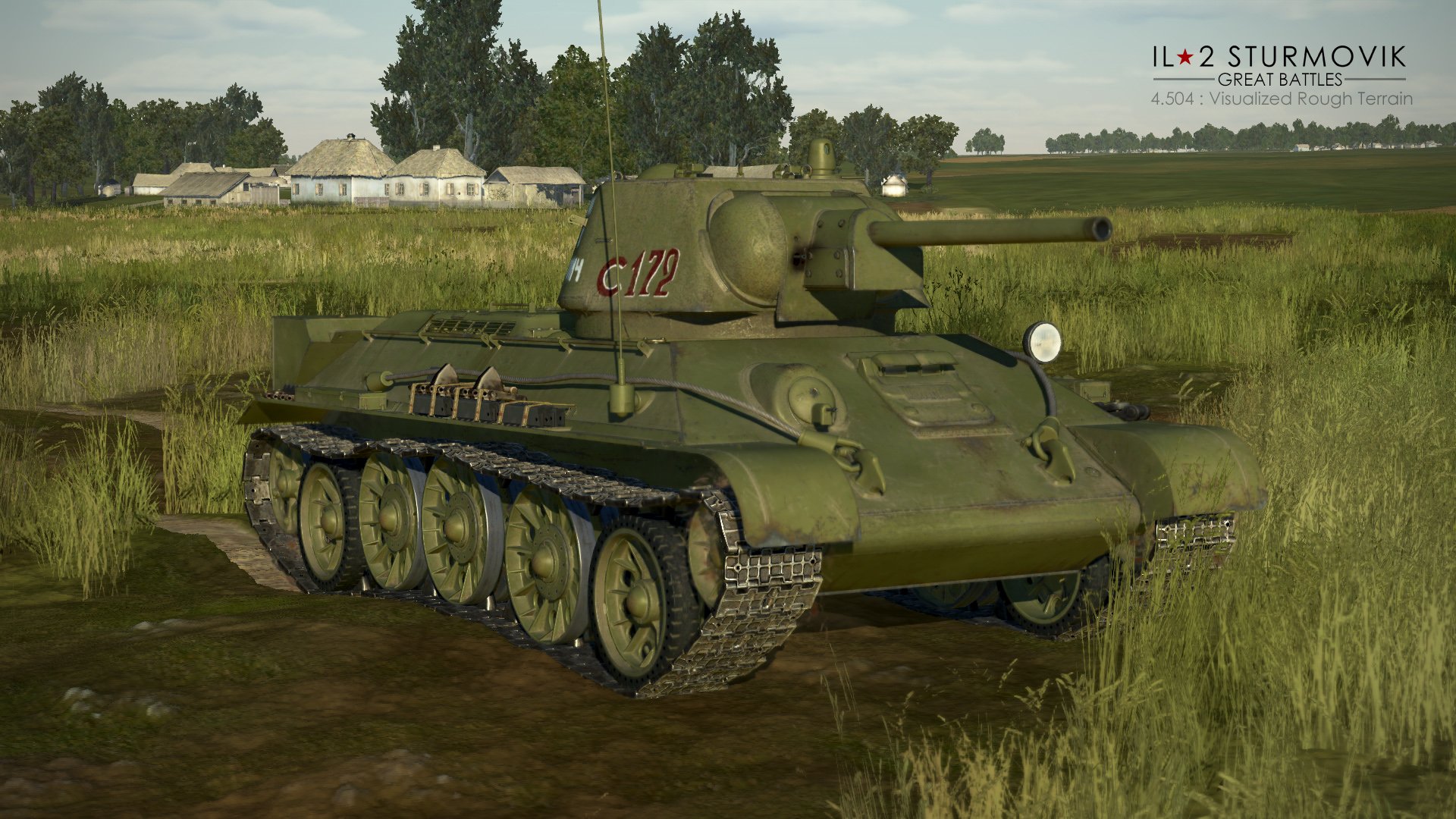 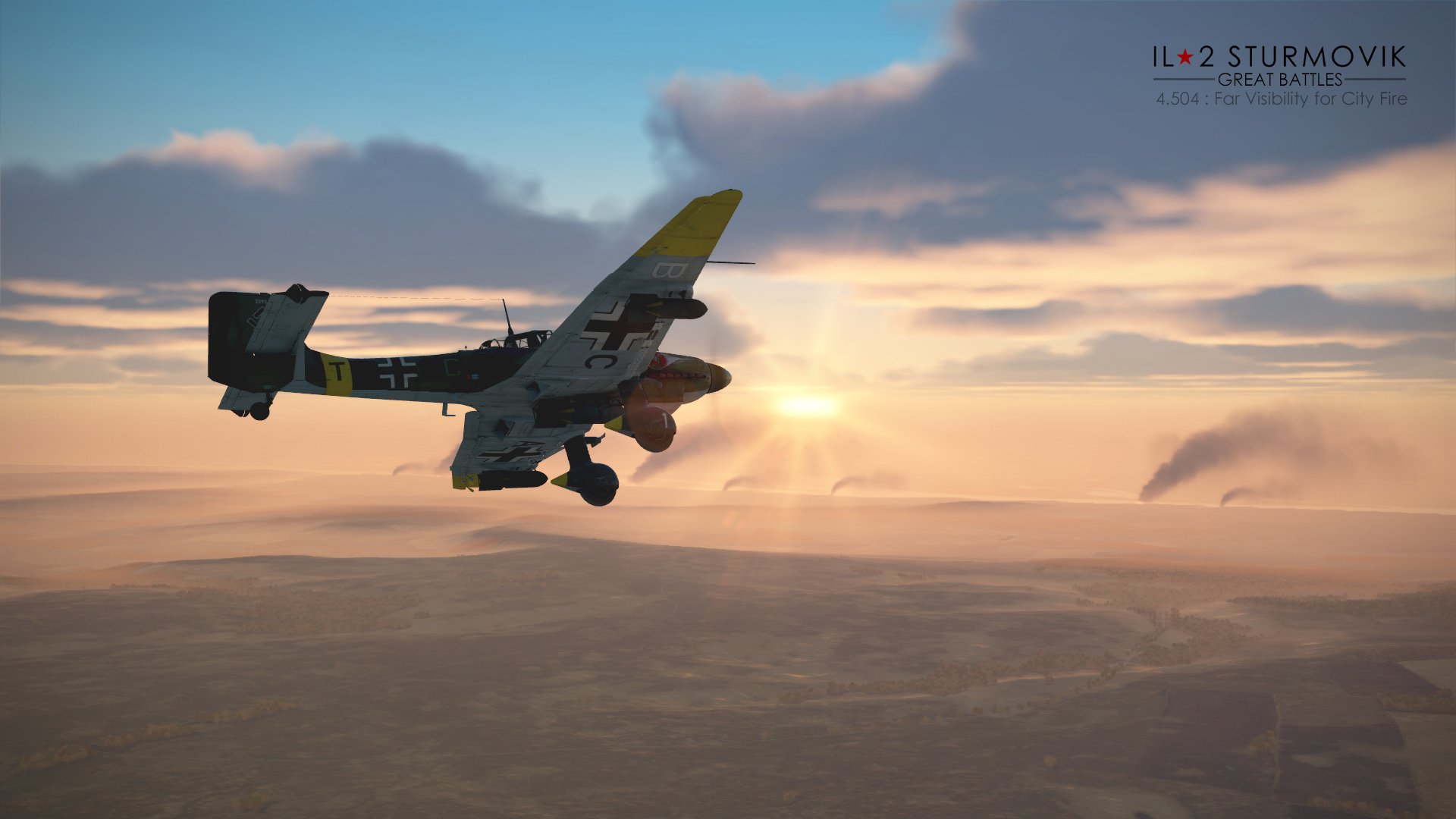 
1. The terrain bumps that were previously only in the physics are now visible at a short distance, resulting in a much better visual look of the wheeled and tracked vehicles and planes on the ground movement. The detail of this visualization can be adjusted or completely disabled and works at ‘Medium’ or better graphics settings preset;
2. The movement of all simplified ground vehicles (cars and tracked vehicles) also looks more realistic since the benefit from the new tech as well;
3. Tanks transmission modeling was made more detailed, increasing their maximum climb angle;
4. New RAF paint scheme added for P-39L-1 by Martin =ICDP= Catney;
5. P-39L-1 pilot got a new visual model, animation of removing glasses on the ground and donning an oxygen mask at high altitude. In addition, setting the country of the plane to the UK or USA in the mission file changes the pilot model to UK or USA pilot accordingly;
6. The ram air noise sounds depend on the flight speed, taking into account the position of the pilot's head in the cockpit (in the center, near the side, overboard) and the cockpit canopy state (open or closed). The volume of the ram air noise has been increased, giving more audio cues in a closed cockpit;
7. Airflow noise sound when stalling or at a high-G load has been improved;
8. Stall sound on Yak fighters was adjusted to be more informative at high angles of attack;
9. The volume of other sounds in the cockpit (the noise of the aircraft moving on the ground on the landing gear, the hissing of the flaps and landing gear valves, the background power grid noise, radio communications, etc.) is balanced according to the new volume of the airflow noise. Corrections were made to the sound volume of several engines as well;


10. New motion blur effect improves the look of the player controllable tank tracks if the ‘Cinematic Camera’ option is checked;
11. All Tank Crew module tanks got new gun and machine gun firing effects that depend on the muzzle power. If a gun has a muzzle brake, the effect has a corresponding shape. In addition, firing the main gun temporarily causes the grass nearby to bend down;
12. The "jitter" animation issue of aircraft and tank gunners when the player left the corresponding station has been fixed;
13. The tank turret stays in place when the player switches from the gunsight view to another station and there are no visible enemy targets for AI gunner to engage;
14. When giving an order to other tanks in the platoon only existing tanks are shown in the menu;
15. Only existing ammo types are shown in the commander menu when selecting the ammo for your tank;
16. AI gunners will correctly engage a target when several different targets were assigned by the commander one subsequently;
17. AI will load correct ammo as instructed by the commander;
18. Gunsight zoom on VR devices with canted displays and Parallel Projection mode works correctly;
19. M4A2 visors won’t look too bright in an external view;
20. The remaining .50 cal ammo is shown correctly when the M2 MG installed on the M4A2 tank is in the anti-aircraft firing position;
21. It’s no longer possible to hit the M4A2 turret by pushing the AA MG down and left to the limit when firing;
22. The free T-34/76 STZ (1942) tank turret switches to manual turret traverse when the generator is not working;
23. The free T-34/76 STZ (1942) tank field of view when looking through the gunsight has been fixed;
24. Free T-34/76 STZ (1942) and Pz.Kpfw.III Ausf.L tanks have their turret traverse speeds reduced the more they are tilted, just like Tank Crew tanks;
25. SU-122 SPG mass has been corrected according to the latest data found (30900 kg);
26. Commander's machine guns (KV-1s and M4A2) won’t ‘stuck’ when trying to swivel them looking through the sights in VR mode;
27. The graphic effect and sound of a machine gun or tank gun firing won’t stuck when the tank is blown up;
28. In Quick Mission - Duel, tank settings are correctly applied;
29. The 1st and 3rd missions of the "Last Chance" German tank campaign were optimized to be playable on 3.0 GHz processors (without time compression);
30. The vertical adjustment sound of the PT4-7 and PG panoramas (KV-1s, T-34UVZ-43, SU-122 and SU-152) was removed since they can be adjusted along this axis separately;


31. Pilot AI won’t dive into the ground after receiving a command to attack a ground target if there is no ammo;
32. Fighter pilot AI won’t open fire too far away in a ‘face to face’ attack;
33. A rare issue that could make an aircraft to levitate above the ground or sink into it up to 1m depth (it happened more frequently on Arras map) and therefore cause damage to it has been fixed;
34. U-2VS wing damage when touching the ground during taxiing has been reduced and the landing gear damping settings have been corrected. Now it is possible to land and take off on an unprepared field with a bit of luck;
35. U-2VS formation and landing lights functioning was corrected;
36. Pe-2 series 87 top turret camera corrected in VR mode;
37. Torn off A-20B bomb bay doors behave in a physically correct way;
38. A-20B bomb bay doors will be torn off during an emergency landing (landing gear up) only if they were opened;
39. A-20B cockpit view won’t shake when the mission starts;
40. P-51D level autopilot won’t turn off by itself at the start of the mission in the air if the fuel tanks are full;
41. Visually inverted MC.202 propeller pitch has been corrected;
42. The P-39L-1 antenna won’t ‘hang’ in the air if the tail section is broken;
43. Audio and visual effects when hitting the outboard cannons and bomb and rocket racks were corrected for IL-2 (all modifications), Bf-109 (all modifications), FW-190 (all modifications) and MC.202;
44. IL-2 mod. 43 gunner and rear fuel tank armor has been corrected;
45. An issue that could cause the aircraft with a repaired wing to move instead of stop when applying the wheel brakes has been fixed;
46. Pe-2 series 87 surface material won’t visually change when moving away from it;
47. A-20 cockpit glass won’t visually change when moving away from it;
48. P-51D-15 spinner was made less shiny;
49. Visual artifacts on the Bf 109 E-7 cockpit glass were eliminated;


50. The visual image of the sea surface was improved up close (the blackness on wave crests, shadows shake, reflection and glare when the camera was directed downward very close were corrected);
51. Fixed an issue that caused ships and aircraft on the sea surface to be unaffected by the movement of the waves;
52. Fixed an issue that prevented the submarines from moving when the waves were high;
53. Fixed a rare issue that could display a black screen when switching to F11 free camera;
54. F11 camera movement was made smoother;
55. An incorrect factory building roof in Stalingrad that glowed at night has been corrected;
56. The visibility range of large fires (static effects City_Fire, City_FireSmall, VillageSmoke and their new cyclic versions) has been increased to 100 km;
57. Settlement fire effects in Career, Quick Missions and tank campaigns won’t periodically disappear and reappear or ‘flip’ when you move the camera around them. These effects now illuminate the surroundings as well;
58. Three factory chimney smoke effects for mission creators were added: Chimneystalk_smoke_white, Chimneystalk_smoke_grey, Chimneystalk_smoke_black;
59. The “DummyGroundExpl” explosion effect set in the mission has been restored;
60. Visual mission effects AmmoExplosion and AmmoExplosion_Big have corresponding sounds;
61. House_smoke effect starts correctly, without an overly intense and dark first phase;
62. Сyclic settlement fire effects City_Fire_Loop, City_FireSmall_Loop and VillageSmoke_Loop won’t visibly disappear and reappear or ‘flip’ when you move the camera around them, greatly simplifying their use by mission designers and reducing the resulting performance impact;
63. German and French translations of Last Chance, Breaking Point and Wind of Fury campaigns were corrected. 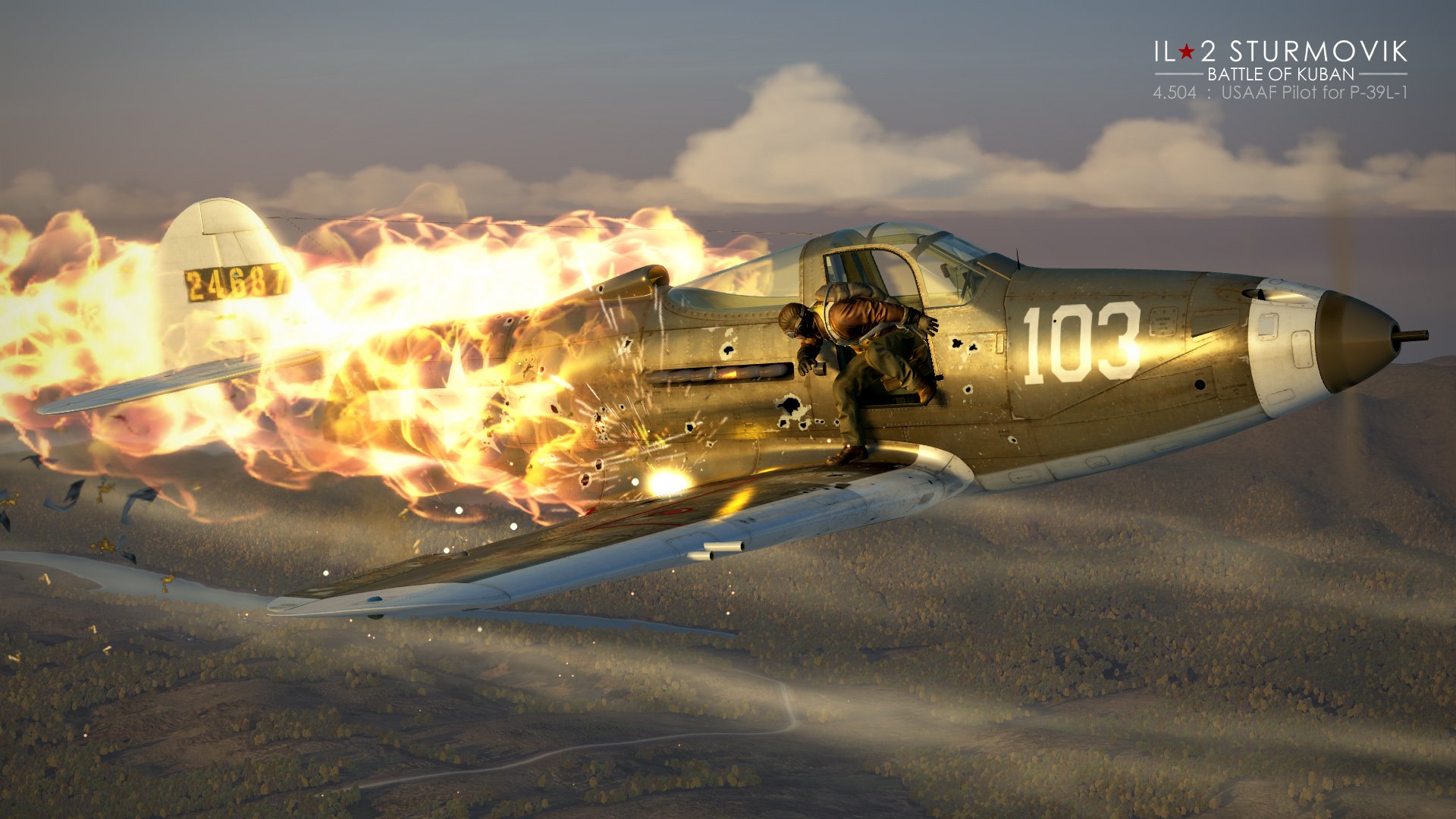